A Conference On Unintentional Injury Prevention for Children and Youth

Here are links to video recordings located at Zoom of CCCSH webinar broadcasts during 2018-2019.

Yesterday, September 18 Governor Brown signed into law AB 3077 by Assembly Member Anna Caballero (D-District 30). The bill updates California’s 26 year old bicycle helmet safety law (AB 2268 (Caldera), signed into law by Governor Wilson as Chapter 1000 of 1993). The new updated law will increase bicycle safety for California’s children, and help protect parents from high bicycle helmet citations if their child is cited for not wearing a bicycle helmet. AB 3077, Chaptered law 502 of 2018, makes California’s bicycle helmet citation a “fix-it-ticket” allowing a parent and child to have the helmet citation waived by successfully completing a bicycle safety course, and if a safety course is not available showing law enforcement or appropriate local health officials the child has an appropriate helmet and will wear the helmet.

California’s original bicycle helmet law was passed by the legislature in 1993 and signed into law by then Governor Wilson, in response to the high number of bicycle crash head injuries seen in California’s emergency rooms. In 1991 there were 17,800 children admitted to emergency room due to bicycle crash head injuries, and 69 of these children died.  In the immediate years after the 1993 bicycle helmet law went into effect, local collaborations between schools, parent groups, children’s safety organizations, Pediatricians, and law enforcement helped move California’s helmet use rate from below 10% to over 60% in many communities. But, things have changed. Due to the high price of the current bicycle citation the collaboration between enforcement, public health and schools has almost disappeared, and helmet use surveys show we are back down to less than 20% of children wearing helmets when riding their bikes. One of the reasons for the drop in helmet use is the lack of meaningful enforcement. The bicycle helmet ticket price of $25 in 1993 is now $197 due to added on court fees. The California Highway Patrol reported that only 100 bicycle helmet citations were written in all of their jurisdictions in 2016.

AB 3077 gets the bike helmet law back focused on safety instead of only punishment. By creating a citation that can be waived if the child completes a bicycle safety course or if a course is not available show that they now have and will wear a helmet, public health and safety advocates can once again build the local collaborations with law enforcement, parents and schools to help change bicycle rider’s safety behaviors. “AB 3077 moves us back to a focus of bicycle safety instead of relying on punishment, to get kids to wear their bike helmets,” stressed Steve Barrow, of the CA Coalition for Children’s Safety and Health (CCCSH), sponsors of the bill.

The sponsors of the original bicycle helmet law, CCCSH and the USD Children’s Advocacy Institute, based their support of the original bicycle helmet law following research at the time showing a helmet reduced severe head injury during a crash by 65%. A 2016 Oxford University review of 40 research projects still concludes that a helmet can reduce severe head injury by 69%. Page 1 of 2

Why is bicycle helmet use so important for California’s children? A 2010 American Academy of Pediatrics (AAP) study of 1,200 bicycle crashes in Los Angeles found that the main cause of death due to a bicycle crash was brain injury. The report showed that in eight out of nine bicycle crash fatalities the child did not have on a helmet.

Price is not the barrier to helmet use. When CCCSH co-sponsored the original bicycle helmet bill in 1992 the average cost of a bicycle helmet was around $50. One of the goals of the original bicycle helmet legislation was to achieve an economic impact on the price of helmets in California. After the 1993 law went into effect requiring all children up to age 18 years old to wear a helmet when riding their bike, bicycle helmet prices dropped dramatically and could be obtained at most large retail stores for $10 to $15 – and that is still true today. You can pay a lot for a designer helmet, but due to the law’s strict product safety requirement you can buy a helmet for a lot less, which has the same ASTM rating as the more high priced helmets.

Cathy Barankin, Executive Director of the bill’s sponsor CA Coalition for Children’s Safety and Health stated, “By signing AB 3077 into law the bill’s author, Assembly Member Caballero and Governor Brown are supporting a less punitive way of encouraging California’s children to be safe when riding their bicycle.”

AB 3077 comes out of the California childhood Unintentional Injury Prevention Strategic Plan Project, which was created in 2013 to end unintentional injury as the leading cause of death and hospitalization for California’s children and youth through age 19 years old. 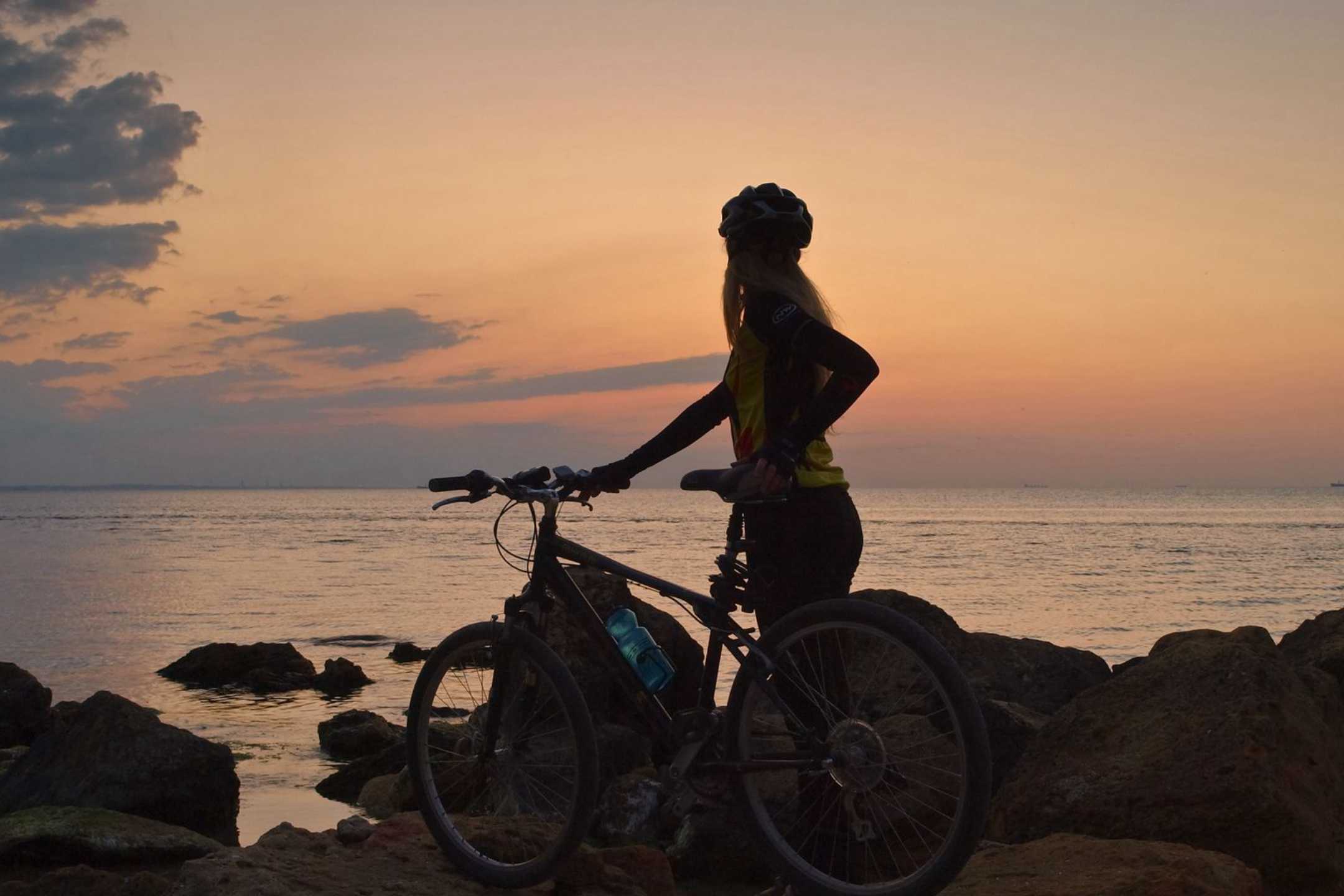